In market trading, profits are hard to come by but losses come by quick. This is no different with Forex. In 2016, this market has seen improbable benefits and pitfalls as well. Forex is one of the most popular trading markets; it’s known to trade an average of $ 5.3 trillion a day. It’s the large size and liquidity of this market that attracts traders of all types in and out of it instantaneously. It is very rare for buyers and sellers to not find each other in such a market. 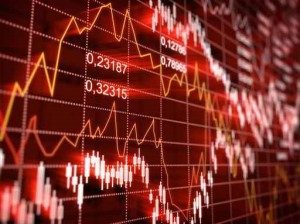 The Anchor of the Asian marketplace

The Asian marketplace was once thought as the powerhouse of the modern world and has had its influence in Forex for over a decade. Unfortunately, its strength seems to be weakening. 2016 has been and will continue to be a trying year for this part of the world. The regional economies have been declining with dismal production data. The Yen and the Renminbi have lost their confidence, which has led to speculations of a possible financial bubble. Yet despite these speculations, the Yen has gained in Asia and Japan in particular is said to be ready to act on any current speculations.

With Britain having voted out of the European Union, the risks for a downside global economy are popping. The existing uncertainties can alone restrain economic activities all over the world which would subsequently lead the Pound staying on the sidelines much longer. The dollar is speculated to benefit immensely from the period of uncertainty and stress in the financial market. With this move the battle against deflation in Europe and Japan is far from won and puts the Euro and Yen in a vulnerable situation towards losing to central banks policies.

The emergence of the mobile trading platforms

With astute platforms like CMC markets having embraced this eventuality, a widening probe of the Forex is agitating as mobile platforms displace human traders. Mobile trading is expected to rise to 76% in five years from 66% in 2013. Moreover, the buying and selling of currencies is expected to have gone full electronic by 2018. The margin is however expected to be very skinny in foreign exchange as it is quite easy to move on to a mobile platform. The move is expected to improve transparency of pricing and lower costs for customers. It is also expected to squeeze margins for banks. Foreign exchange options might be much more expensive for banks to take on and clients to trade. The increased operational costs might force banks into creating more revenue possibly from traditional cash businesses into mobile technology to facilitate trade.

France sees an opportunity in the Brexit vote, as the French government has pledged its tax rule for expatriates which is the best in Europe in attempt to grab London’s banking business. London’s place as the heart of Europe’s banking sector is under a huge question mark.

10% trade deficit growth in US in May

The trade deficit grew by 10% in May as US exports fell flat and the much maligned China imports rose. The exports decreased by 0.2% while the exports grew by 1.6%. The trade gap with the European Union widened by 13.5 %. Despite the huge jump, the figure went only slightly higher than the first quarter average in 2016,possibly due to the strengthened dollar value.

In the wake of the Brexit vote, Reuter’s calculations indicated France to have overtaken the UK as the fifth largest economy, a position they had been fighting over for quite some time.

Though not stable, the results have been speculated to be as a result of Britain’s vote of referendum to quit the European Union which has hammered financial markets and rattled businesses thereby punishing the pound in epic volumes .There’s still a lot to be learned from the trends in Forex.

The market requires to be approached with the right skills, knowledge and attitude. The basics towards thriving are a good knowledge of the market, the ability to balance profit and loss and an excellent understanding of the buying and selling signals all the time.This however needs to come hand in hand with extensive research into what influences the market at different points in time.